All SIR members and guests are welcome, and indeed encouraged, to participate in fishing trips as well as attend the monthly meetings.  Next meeting will not be in the Legend Sports Bar and Grill at the Diablo Creek Golf Course

Our fishing is gradually opening up, with COVID restrictions.  We have been fishing on party boats with half loads and increased prices.  Some fresh water lakes have opened with restrictions, and more launch ramps everywhere are available.  Bob Stein, Brion Beetz, Raliegh Davis, Stan Wong, and Carl Moyer caught halibut just outside the golden gate, and Stan got a beautiful limit of salmon much further out.  New member Duane Einhorn caught limits of both salmon and halibut.  Brion Beetz and Carl Moyer caught rockfish, cabezon, and ling cod upon the ocean.  Chuck Vanoncini made a trip to Lake Almanor where he and his friends caught big rainbow trout.  Ernie Wong is having an awesome year for shad in the Yuba River, he caught and released 125 in one day.  Tom Kostik has been catching black and striped bass, and on a venture in the bay caught a halibut and rock fish.  Gordon Linebaugh and grandchildren fished Round Valley Lake near Greenville and caught and devoured 15 Blue Gills. Joe Miscione and son caught stripers in Montezuma Slough.  Mario Moritorio and Phil Scimonelli caught some at the Martinez pier. 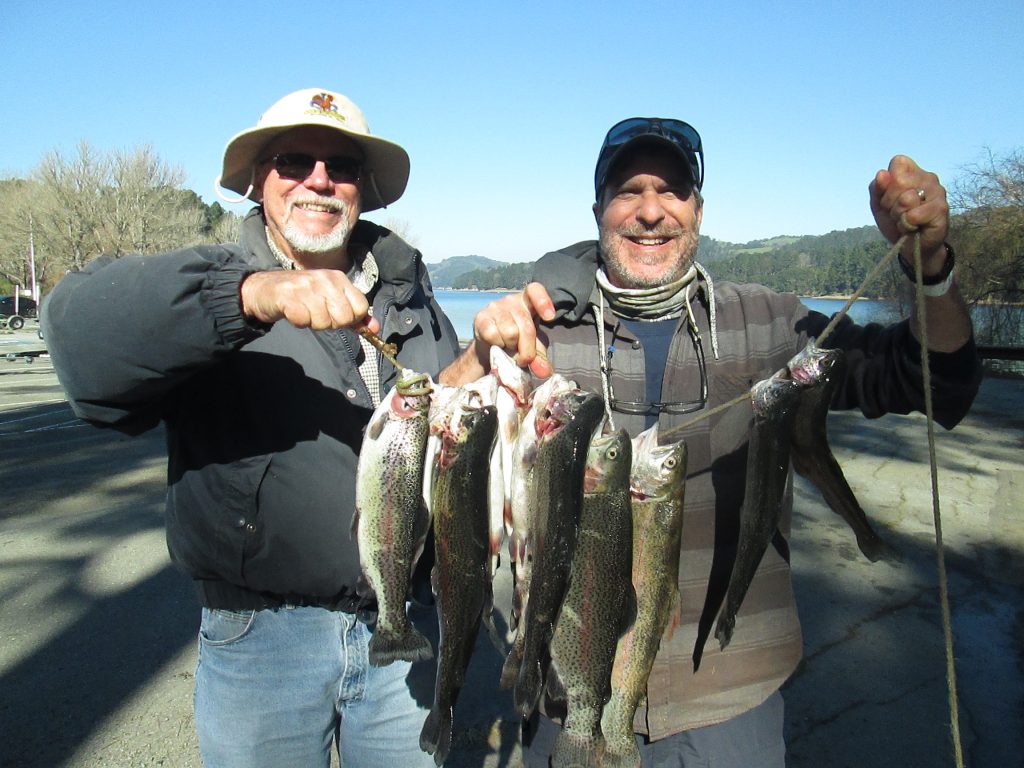 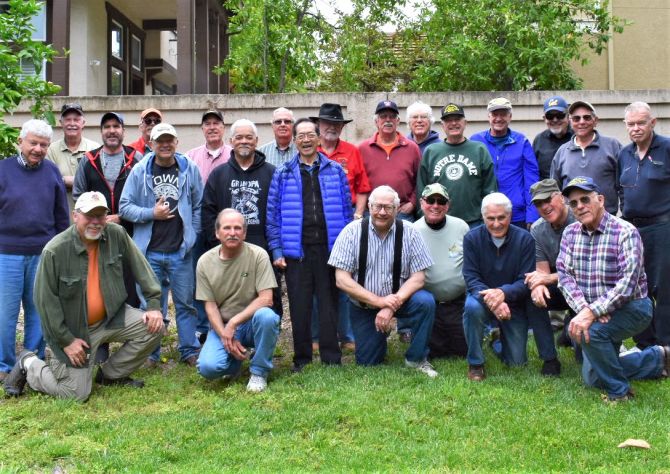 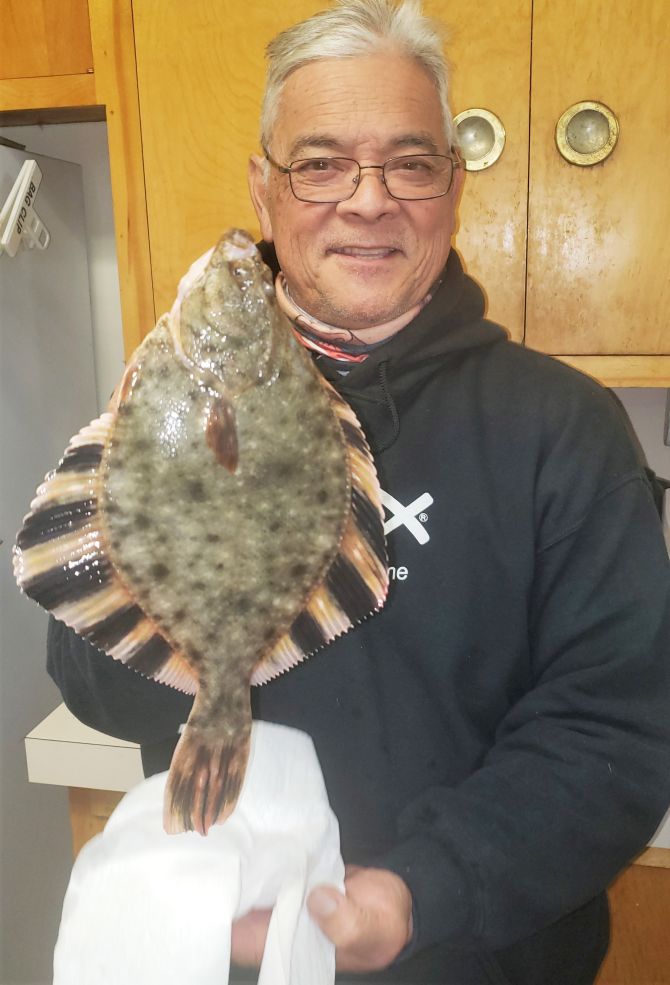 Ron Lew caught this starry flounder in the delta

Gordon Linebaugh, Jack Waddell, Bob Stein, Alex Go,  and Brion Beetz  are happy with these salmon caught outside the gate.

Thom Watkins is happy with the beautiful 5 lb rainbow trout he caught.

Phil Scimonelli is proud of his 5 lb rainbow trout.

Karl Droese, Ken Konzak, Lee Clark, Dick Thomson in back.  Paul Dubow and Carl Moyer in front.  All are happy with these fine salmon on a SIR charter.

Pete Gates, and Paul Dubow got these kokanee salmon from Lake Pardee.

Carl Moyer with Salmon fishing from Half Moon Bay 2017

Raleigh Davis got these huge rock fish in Alaska.
5-2017

Carl Moyer got these nice trout from San Pablo Reservoir.

Gordon Linebaugh and Terry Hatcher caught these trout and a catfish fishing with Carl Moyer.